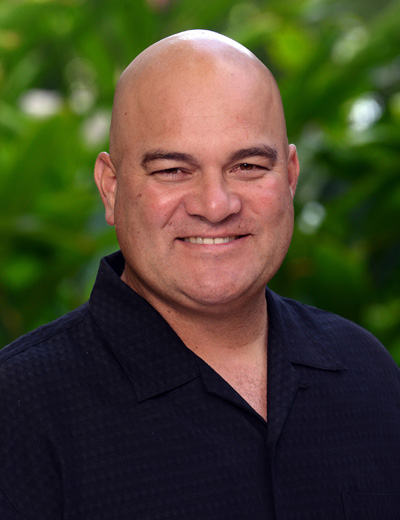 Prior to taking on the role in July of 2017 as the third CEO & President in HCF’s 100‐year history, he served as its President and Chief Operating Officer. He was responsible for leading the executive team and day‐to‐day operations. He also served as an HCF Board of Governor for eight years before joining HCF.

His previous work experience includes serving as Chief Operating Officer of Pacific Links International responsible for operations and acquisitions of all residential and resort development in Hawai‘i. He was also the Chairman of the Hawaiian Homes Commission and the Department of Hawaiian Home Lands, a 200,000‐acre native Hawaiian land trust. Kāne also served as the Government Affairs Liaison for the Building Industry Association of Hawai‘i.

He currently serves as a Trustee for the Kamehameha Schools with oversight of an $11.3 billion asset portfolio and is a corporate Board of Director with the Hawaiian Electric Company.