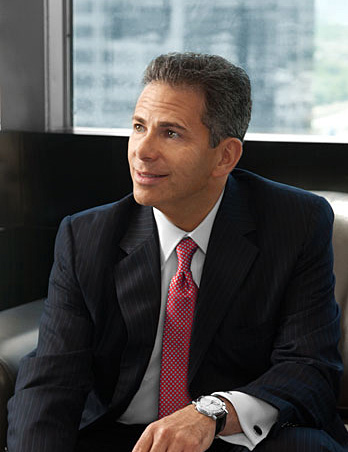 David R. Weinreb is the Chief Executive Officer and a Member of the Board of Directors of The Howard Hughes Corporation. Known for his passion, tenacity and entrepreneurial spirit, Weinreb has directed the company’s efforts since its emergence in 2010, building a portfolio of some of the most sought-after real estate in the country, including in Hawaiʻi. His vision, leadership and acumen led him to be honored as the 2013 Ernst and Young Entrepreneur Of The Year Award in Real Estate for the region. He was listed in the 2015 Commercial Observer Power 100, and named to 2012’s Top 200 CEOs in the U.S. by ExecRank.

A real estate industry veteran for over 30 years, Weinreb spent 17 years as Chairman and CEO of TPMC Realty Corporation, a company he built into a multi-faceted investment firm prior to joining The Howard Hughes Corporation. Located in Dallas, Texas, TPMC, whose tenant roster included many Fortune 500 companies, specialized in the acquisition and repositioning of underperforming real estate and real estate related assets across the United States. In addition to development, ownership and management of real estate, the firm’s activities included mezzanine financing and private equity investing.

Weinreb attended New York University and began his real estate career in the late 1970s in New York City. He is a member of the International Council of Shopping Centers and the Urban Land Institute. He also serves on the Advisory Council of the Lusk Center for Real Estate at the University of Southern California. His philanthropic interests are both local and national.