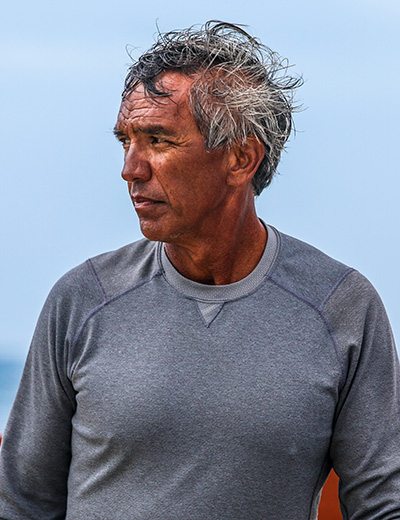 As an explorer, environmentalist, master navigator, cultural revivalist, educator and storyteller, Nainoa Thompson has led the rediscovery and revival of the ancient Polynesian art of navigation. Through his voyaging, teaching and engagement, he has opened a global, multigenerational dialogue on the importance of sustaining ocean resources and maritime heritage. Thompson has dedicated his life to exploring the ocean, maintaining the health of the planet and ensuring that the ancient marine heritage and culture of Polynesia remain vibrant into the future.

Thompson is the first person in 600 years to practice the ancient Polynesian art of navigation: long-distance open-ocean voyaging on a traditional double-hulled canoe without the aid of modern instruments. His work has led to a renewed understanding and revival of traditional voyaging arts lost for centuries due to the disappearance of such travel methods and the colonization and Westernization of the Polynesian archipelagoes.

Currently the president of the Polynesian Voyaging Society (PVS), a nonprofit research and educational organization, Thompson recently completed a four-year voyage around the world on the Hōkūleʻa, a traditional, double-hulled voyaging canoe. Through these travels, Thompson and his crew engaged with thousands of people, including world leaders to highlight the importance of ocean resources, cultural legacies and protection of these critical places in the future.

A Native Hawaiian, Thompson’s impact reaches beyond voyaging. The non-instrument navigation system he developed — blending traditional principles and modern scientific knowledge — is taught in schools throughout Hawaiʻi and the Pacific. This shared knowledge and his broader work with the next generation of ocean stewards is done with a hope that they will protect and continue the connection between the ocean past and future.